Dunnamaggin LGFC is our most recently formed club and is currently also our largest. Read below to find out how they went about setting up their club.

It had previously been decided by Dunnamaggin Hurling Club that the setting up of a local Ladies Gaelic Football club should be part of their strategic 5 year plan.  The Hurling Club, through the club juvenile secretary, facilitated the formation of a committee of 7 local people to form such a club. The Hurling Club has been a huge support to Dunnamaggin LGFC from day one by allowing the new club use the grounds and facilities and this support has been key in making the club as integral a part of the community as it is today. The 7 founding members met on several occasions to discuss their Club Officer Roles  and plan the steps that would be taken to set up the new club. Members of the community who were suggested as possible mentors for the new club were approached and happily in that first year we had about 10 volunteer coaches to allow us cater for all juvenile ages. A lot of work went into promoting the set up of the club in the area such as the putting up of posters in the locality,  getting added to the parish notes, having a section on the community website, setting up our own social media accounts and visiting all the primary schools in the surrounding parishes. The Kilkenny County Board and Croke Park administration were both very helpful at this early stage in guiding us on a proper course of action.

The club’s first training session took place on March 14th 2015 when all girls aged 8-12 years in the area were invited to take part in the 8 week ‘GAELIC4GIRLS’ programme which is an LGFA initiative aimed at supporting new clubs getting started or existing struggling clubs. 58 girls took part in this 8 week programme of which 49 became full members of the club. The girls enjoyed a fun introduction to Ladies Gaelic Football throughout all sessions and it capped off at the end with an unforgettable Blitz day out in CROKE PARK!!!! This initiative was hugely beneficial to us in the successful formation of our club.

When the committee first met in February 2015 to discuss the setting up of the LGFC it was decided that from the start we would have a nursery group catering for U8s/U6s.  The reason for this was that we believe that this age group is integral for the success in maintaining and sustaining numbers within a club. It was decided that training would be once a week. We typically run the nursery season each year from mid/end of April to the end of September. The reason behind this decision was the pitch and the weather should be at its most favourable at this time of year. Our nursery group train on a Saturday morning and enjoy trainings, fun matches and even teddy bears picnics together! The LGFA Club Nursery Pack is an invaluable resource in running a nursery programme in a club. 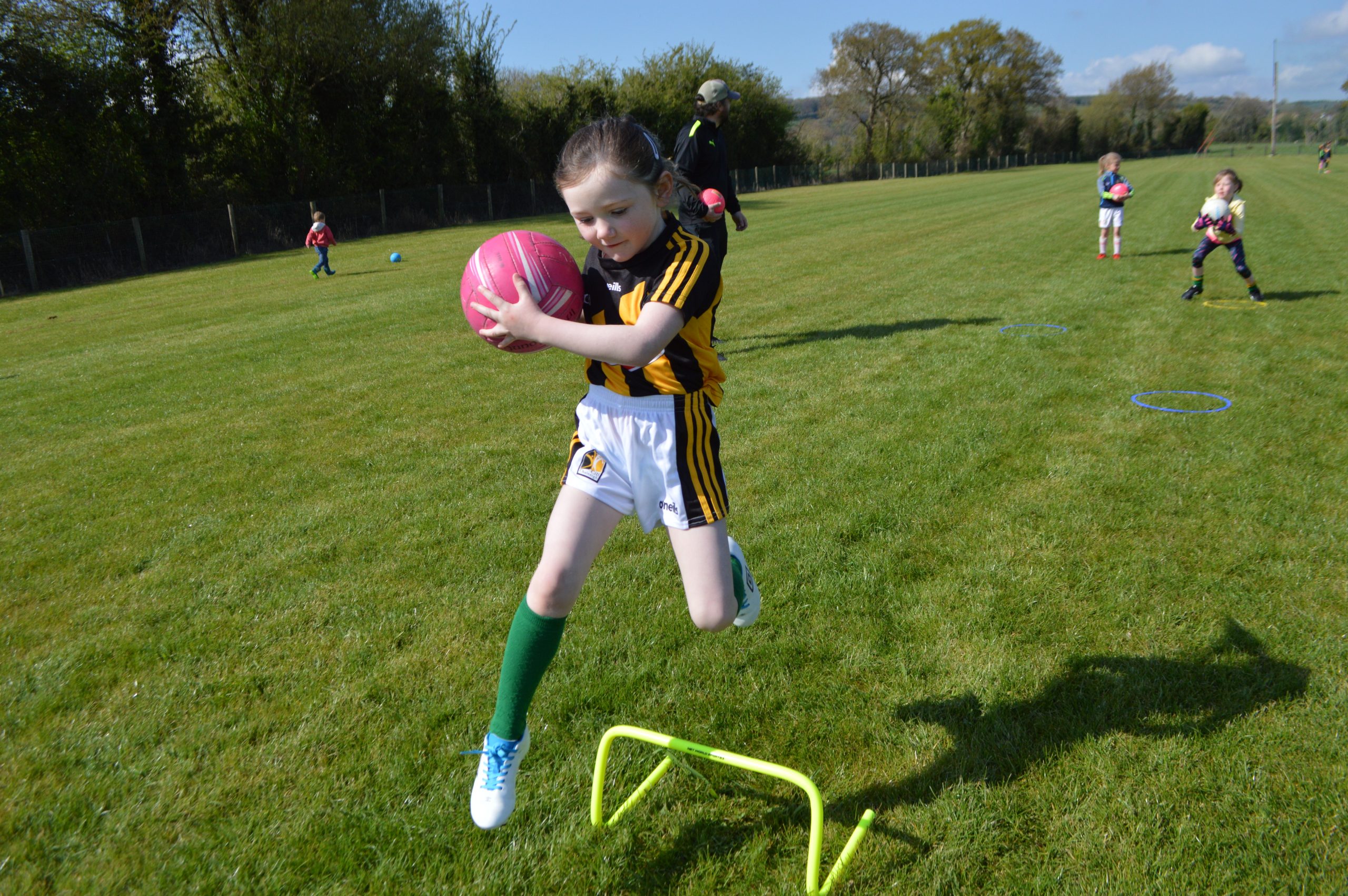 The club also has catered for the Gaelic4Mothers&Others programme since the set up. This initiative caters for women aged 25+++ who wish to play ladies football in a fun, non competitive, social atmosphere. The social side to this group is very prevalent and the ladies have had many an occasion both in Kilkenny and further afield for nights away. Every year the group takes part in the Leinster and National Fun Blitzes and these are occasions not to be missed!! Dunnamaggin Mothers&Others are two time fancy dress champs at the national Blitz Day in Portmarnock…ok we may not be as competitive about the football but we take our fancy dress outfits seriously!  Many of our current female mentors participate in this programme and it serves as a brilliant platform to introduce women to the game of Ladies Gaelic Football and give them the knowledge and confidence to get involved as mentors in the club. The Gaelic4Mothers&Others section on this website has all you need to know about this wonderful programme.

We didn’t at first cater for an adult team in the club but after a couple of years spent building numbers in the juvenile section of the club we were ready to form an adult squad. The club currently has approximately 200 members, of which about 25 ladies take part in our Gaelic4Mothers&Others programme. The club caters for every female in the surrounding parishes who wish to play Ladies Gaelic Football from school going age up to adult.

If you would like to talk to anyone in Dunnamaggin LGFC about anything you have read here you can email them at dunnamaggin.kilkenny@lgfa.ie 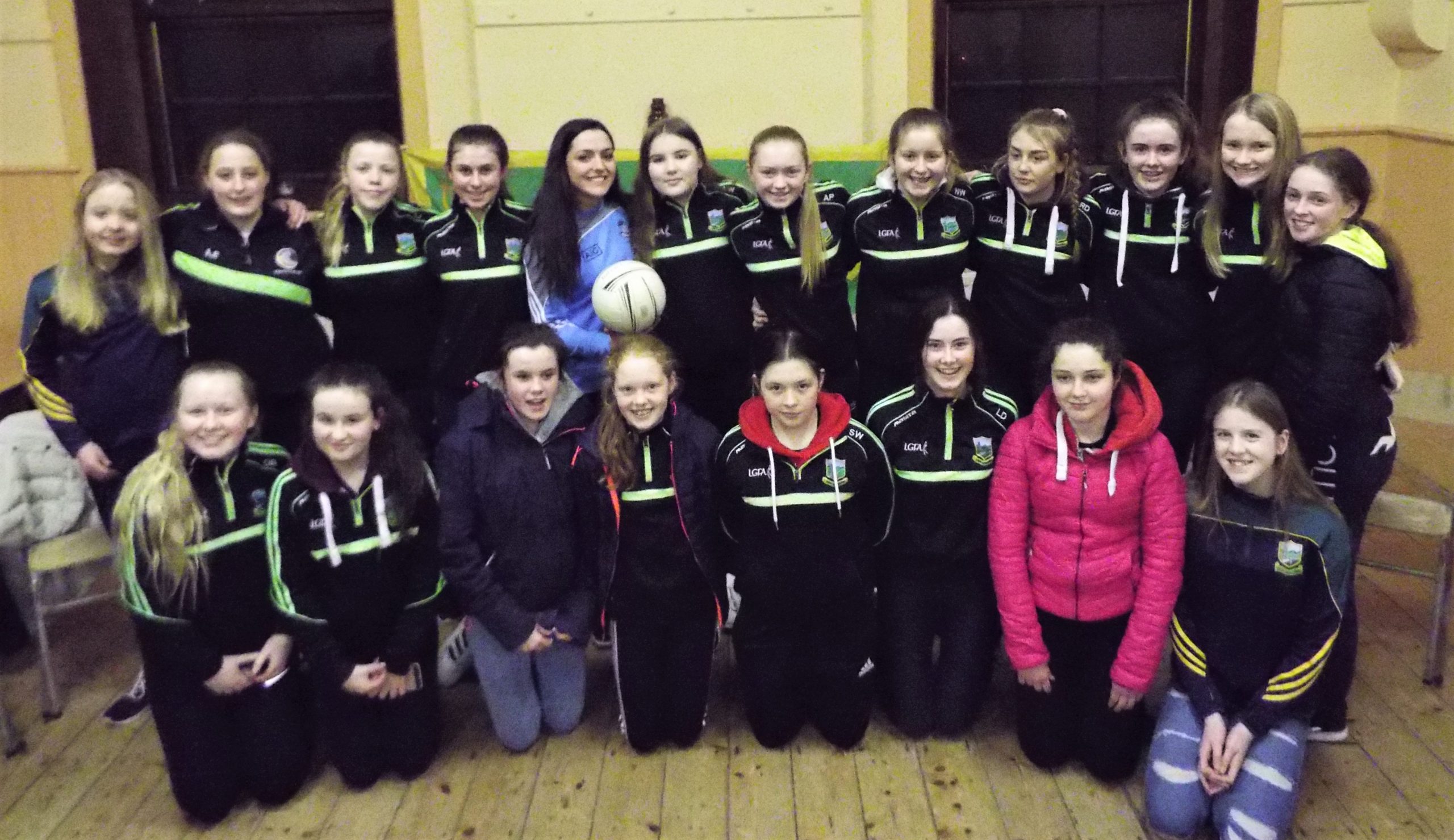