Erin’s Own was the first Kilkenny club to introduce Gaelic4Mothers in 2009. The club started out with this 6 weeks introduction to football initiative introduced by the Ladies Gaelic Football Association(LGFA) and are delighted to say they are still going strong today.  Erin’s Own Gaelic 4 Mothers (G4M) have entered teams in The Leinster and All Ireland Blitz days every year.  In 2011 Erins Own G4M were selected to play in the half time games during the All-Ireland Final which was an amazing experience for all involved.

There is a huge emphasis on the social element of sport that G4M brings to our community. As a group we travel every 18 months to a European destination for a weekend break. For our 10th anniversary in 2019 we travelled to Toronto.  We enter a float in the Castlecomer Wellie Race every year, we have done hill walking trips, the Runamuck challenge and some of the group have taken part in Strictly Come Dancing and Lip Sync for our main club fundraisers. Rebranded by the LGFA as Gaelic 4 Mothers & Others in the interests of inclusivity, when not socialising we still find time to train under the watchful eye of the legendary Dick Mullins.

In 2011 the G4M&O club was asked by the LGFA to take part in the Gaelic 4 Girls programme. We jumped at this fantastic opportunity to introduce football to the girls, many of whom were coming to watch the Mum’s train weekly.  We signed up over 80 girls and finished the programme by taking the girls to a blitz day in Tipperary.  Following on from this, and thanks to the great support of many of our G4M&O members, our Ladies Football club was established in 2012. Led by the fervent Aussie Andy Korff, it opened up a new sporting avenue for the girls of Castlecomer and surrounding areas. Erin’s Own now has over 100 girls registered and Ladies Football has become a very important part of our club and sporting community. To this day a number of our coaches and committee are also active G4M&O members. It is great so see mothers and daughters playing football for the club.

Erins Own Ladies Football club has teams now ranging from under 6 all the way up to junior level. We are very proud of the fact that our club members have represented Kilkenny county at every age level. In 2015 and 2019 our u14 teams took part in Féile and had a fantastic time representing Erins Own. A lot of our members take part in Primary Schools Competition run by the Kilkenny Ladies Football County Board.

We nurture the social side of sport especially for younger members and partake in friendly games and non-competitive blitzes. Our aims are to provide a safe & friendly environment for girls to play football, to learn new skills and become part of a team while keeping fit and having fun. Our mentors and players make an annual trip to Croke Park to see the All-Ireland Ladies Football Finals which we hope they find inspirational.

We always welcome new member to our Gaelic 4 Mothers & Others and Ladies Football clubs. 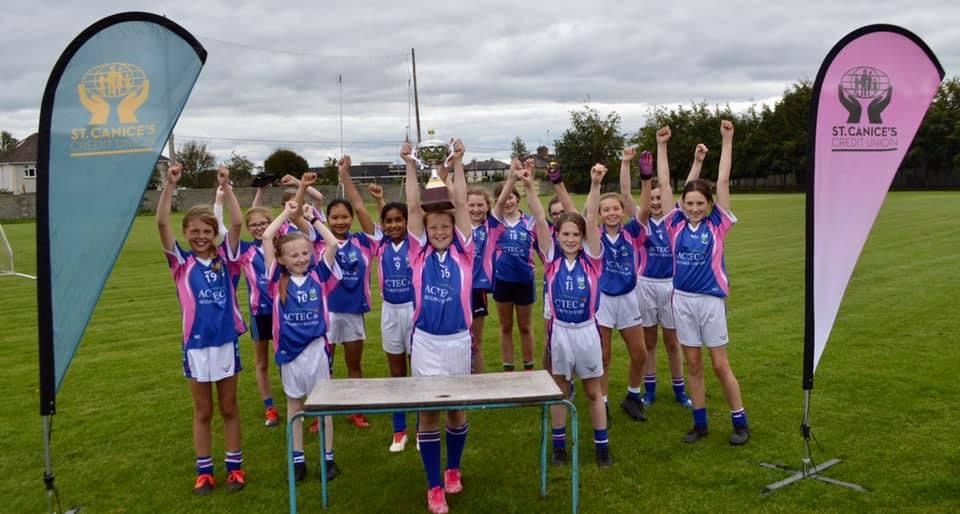 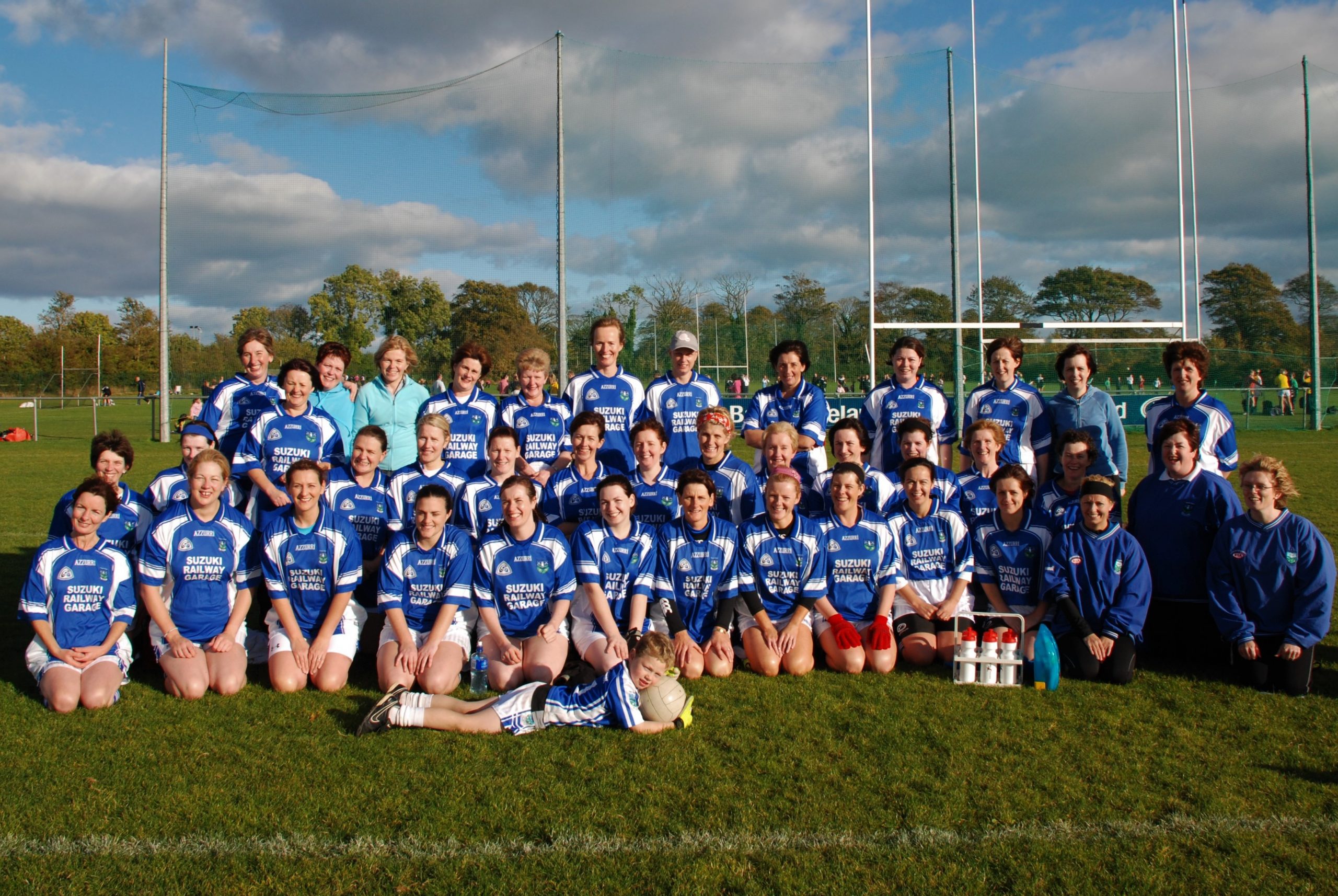 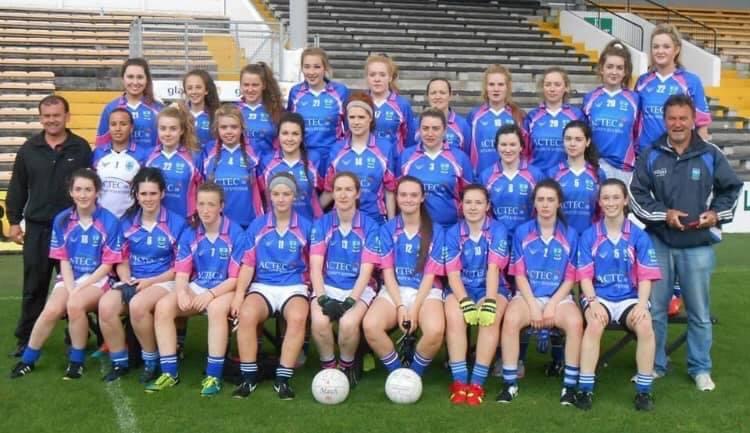 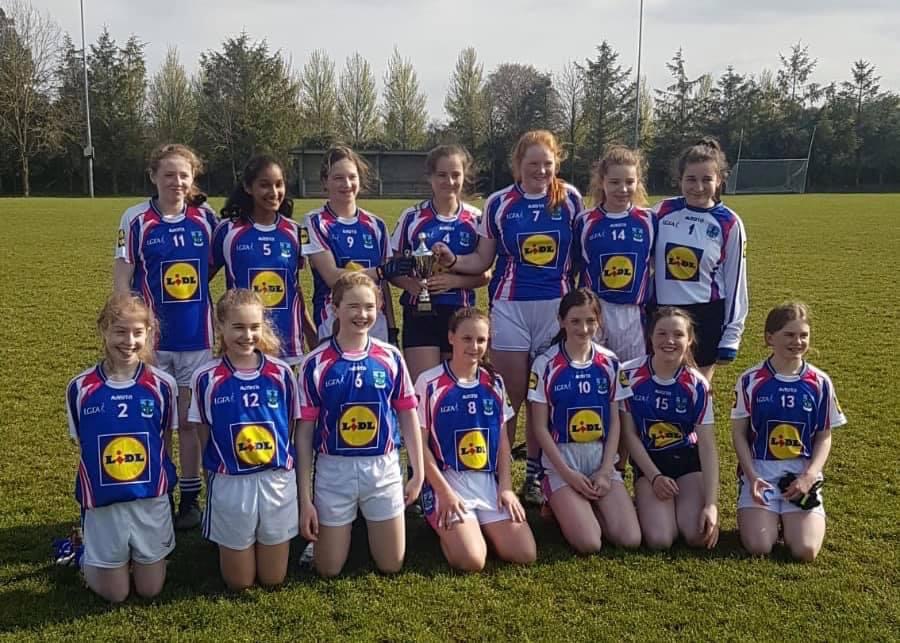