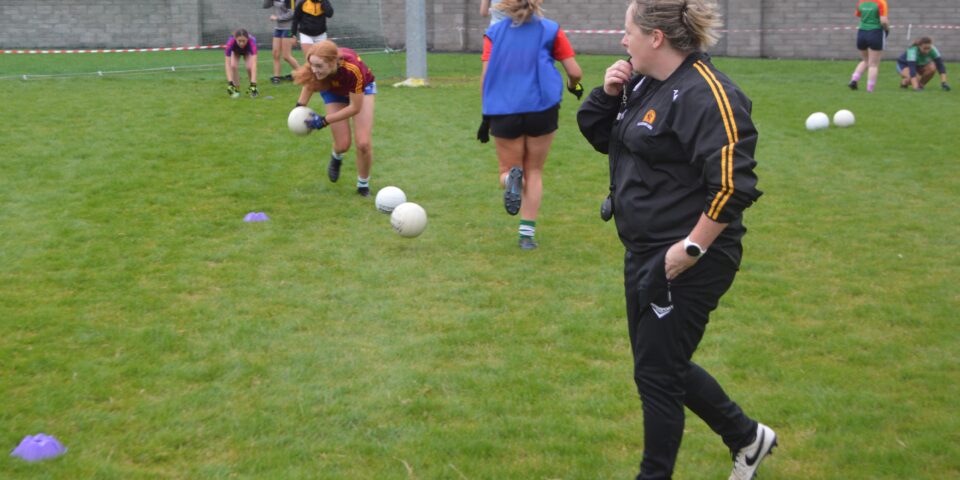 The 2022 Kilkenny Minor squad will be managed by Brendan Healy along with Head Coach Ann Marie Gibbons. Brendan is a well known figure in Kilkenny Ladies Gaelic Football circles and has been involved with his home club of Muckalee since 2015. Brendan has coached both at club and county level and this isn’t his first time being involved with a Kilkenny Minor squad having being part of the 2019 and 2020 Minor management team. Brendan, who is also the current county treasurer, has a huge interest in development of ladies football in Kilkenny and served as County Development Officer for 2 years. Brendan eagerly anticipates the season ahead and is keen to get a panel together as soon as possible with details of trials for girls born 2004 and 2005 to be announced very soon. Brendan states, ‘There is a wealth of talent and ability at this age level in the county and I am looking forward to working alongside Ann Marie with this squad.’

Ann Marie Gibbons is Kilkenny LGFA’s current Coaching Development Officer and moved back to Kilkenny in 2021 after living in Donegal for 14 years. Throughout her career as both player and coach Ann Marie has been associated with a few clubs. She started out as a player with Thomastown Ladies Gaelic Football Club. Ann Marie was part of the team that won the Kilkenny Junior final in 2006 and contested in the Leinster Junior Semi Final. Ann Marie also made part of the Kilkenny Junior county panel in 2006.After moving to Donegal Ann Marie was part of Sean MacCumhaills and Milford Ladies Gaelic Football Clubs.  She has both Junior and Intermediate Donegal county final titles to her credit and has contested in an Ulster Adult Semi Final.

Ann Marie’s background in coaching Ladies Gaelic Football has seen her coach at both club and county level in Donegal. After moving to Donegal in 2008 she became one of the coaches for the Donegal U14 County Team and spent 4 years in that role winning 3 out of 4 Ulster finals. In 2013 Ann Marie managed the Donegal Minor County Ladies Football team to an Ulster title success. In 2014 she was part of the Donegal Senior Ladies coaching  background team. Ann Marie has coached many County Development Squads and most recently was development coach for the 2019 U17 Donegal squad who had All-Ireland success.

Ann Marie comments,  ‘I hope to inspire the participation of young female coaches and to build their confidence in pursuing coaching roles at club level.’ Her taking on the position of Head Coach for the 2022 Kilkenny minor panel is certainly her leading by example and being a positive role model for the girls and women of Ladies Football in Kilkenny. As mentioned above, trials will commence very shortly for eligible girls in the county and we wish the players and management team all the best for the 2022 season.