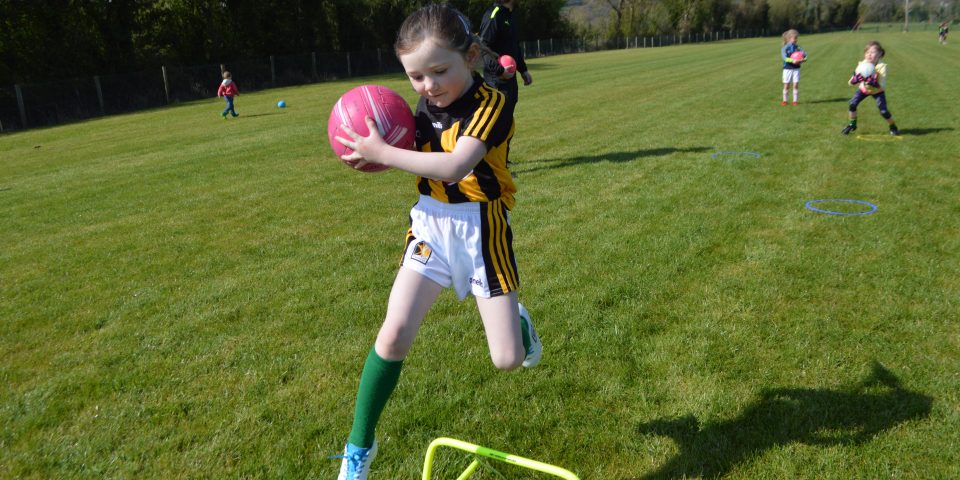 Ladies Gaelic Football is recognised as one of the fastest growing female sports not alone in Ireland but in Europe and membership is growing everyday all over the country, including the county of Kilkenny. Newly appointed Kilkenny LGFA Coaching Development Officer Ann Marie Gibbons confirms, ‘There’s a burst of people getting involved in Ladies football in Kilkenny, not only as players but as coaches too.’ When speaking on KCLR earlier this season she explained how with this growth in participation has also come a growth in the need for more coaches in the sport and hence a need for increased coach education and support.

As a result of Ann Marie’s concept, this coming autumn/winter sees Coaching Workshops being provided for juvenile coaches under the aegis of Kilkenny LGFA Coaching Academy. The Workshops will be facilitated by Ann Marie and will feature inputs from a variety of sources. Primarily, the Workshops will focus on the coaching process and will engage the participants in hands-on activities.  Establishing the Coaching Academy is a key action in Kilkenny LGFA’s Three-Year Plan and its intention is to:

The initial step in achieving these aims is the provision of these Coaching Academy Workshops. The Workshops will supplement those already being provided by the LGFA, and will have a particular focus on the requirements of our own LGFA coaches here in Kilkenny. A certificate of completion will issue to the coaches who complete the series of Workshops. Each club is now being asked to identify two coaches that will attend a series of six workshops-three prior to Christmas  and a further three in the New Year. The details of the first three workshops are as follows:

The venues for these Workshops will issue closer to the time and the dates of the remaining Workshops will be confirmed prior to the November Workshop. All participants must have completed the LGFA’s  Fundamental Coaching course to qualify for the Workshops and clubs are requested to  submit the  names, email addresses and telephone numbers  of the coaches selected to attend to the Chairperson of Kilkenny LGFA (chairperson.kilkenny@lgfa.ie)  not later than COB on August 20th.

So far there has been a very positive reaction from the clubs to this exciting Coaching initiative. Ann Marie has already started visiting clubs in Kilkenny, facilitating coaching sessions and sharing her expertise. There is an appetite among club coaches to learn and develop and there’s no doubt that the Kilkenny LGFA Coaching Academy Workshops will be hugely beneficial to all who are lucky enough to attend this year.